Insect light traps come in a variety of types and models. Light traps have proven successful and the most popular choice for flying insect control for over 100 years. While most traps incorporate fluorescent lamps, over the last few years, fly traps with light-emitting diodes or LEDs have started to be introduced. The following article will compare UV fluorescent technology with LED and conclude why LED insect light traps are here to stay.

UV fluorescent lamps are tubes filled with inert gas, mercury vapour, phosphor powder and electrodes at both ends. When the lamps are turned on, electrons inside create photons that release ultraviolet (UV) rays.  These UV rays attract insects toward the tube, where they are either electrocuted on a high voltage grid or trapped on a glue board. Fluorescent light traps utilise UV light because flies are invariably attracted to UVA light. 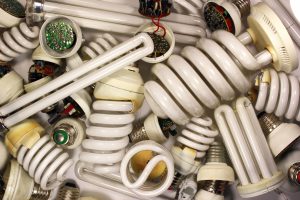 On the other hand, LED lamps lasts 3x longer than fluorescent UV tubes and require significantly less electricity. In recent tests, it was found that the “humble light bulb”, as it is often called, uses about 85% less energy than a typical fluorescent tube. LEDs are also better suited for critical applications in terms of meeting industry regulations and safety requirements. Through lowered energy consumption, LEDs also contribute significantly lesser to carbon emissions. 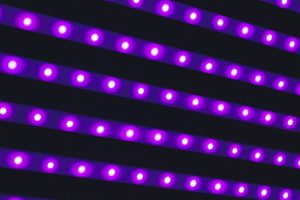 Some other benefits of LED include higher quality of light, being longer-lasting, not needing to be replaced as often, and being affordable – all in comparison with UV fluorescent lamps that have a lifespan of one year over which time the UV producing phosphors continuously degrade.

Professional LED light-based fly traps work with adhesive boards to effectively control flies and other flying insects. They are hygienic, silent, and discreet compared to electrical bug zappers. These qualities make them an ideal choice for all settings. They are especially effective in back-of-house environments such as kitchens, abattoirs, pantries, loading bays, etc., where there is high fly activity. 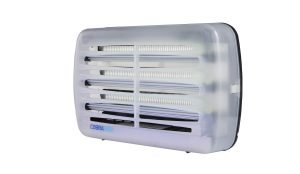 However, LEDs have a narrow effect field. The high intensity of LED UV light can negatively impact attraction, driving flies away instead of luring them in. To address these shortcomings, scientists at Brandenburg developed the Genus LED range of fly traps. They have been nine years in the making, with over 15,000 tests conducted on more than 1,200 prototypes to achieve fly catch performance that exceeds or matches its fluorescent counterparts.

The Genus® LED Range is designed to deliver the fastest fly catch whilst consuming the least power, resulting in a significant decrease in electricity bills. The Genus® LED Range is ahead of its time and already meets or exceeds UN SDG goal 7.3 through at least a 50% reduction in carbon emissions and energy consumption as against the target timeline of 2030, while also contributing to SDG 13 for Climate Action. 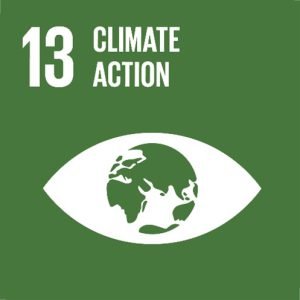 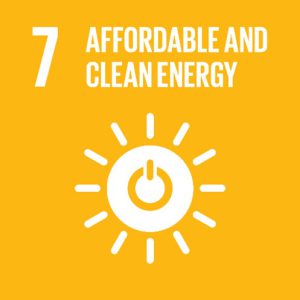 To put into perspective how sustainable the Genus® LED range is, each fluorescent fly trap replaced with an LED fly trap can reduce the carbon burden of up to 8 trees*

LED light-based glue traps have quickly become the most popular fly management option currently available to the food industry for all these reasons.

The Minamata Convention on Mercury